The Shape of Happo

I’m always obsessed with understanding the name of a gata. I believe the name can often provide insight into the intention of the form, or describe the proper movement.

In some cases (and ryuha) it’s pretty straight forward. Take Takagi Yoshin Ryu for example; many of the techniques simply describe what you’re trying to do. The clearest example is Ude Ori, or arm break. Not surprisingly, the forms discuss various methods of breaking the arm.

But some names can be quite esoteric.

While I was studying the gata “Goho” from Kukishinden Bojutsu, I became quite focused on figuring out what the name meant. Goho means “Five Method(s)”. But there isn’t exactly just 5 moves or steps to the technique. Then why is it called five methods?

It occurred to me that maybe it refers to the shape of the kanji of “Go” or 五. And it seems it might have a connection. This thought, however, was just connected to this particular kata, and faded a bit from memory.

Years later I would attend a private seminar on Togakure Bikenjutsu, where the subject of Happo was discussed. And the instructor pointed out that the angle of movement corresponds to the shape of the character for eight – ha or 八.

And suddenly, my whole perspective on “Happo” changed.

The Kihon Happo, or “Basic Eight Methods” is a list of eight techniques that form the foundation of Gyokko Ryu Koshijutsu and Bujinkan Taijutsu in general. And there are indeed eight movements that are studied. However, the shape of the character eight ALSO is a blueprint of the movement as well.

And once you see it, it becomes impossible to not see it… 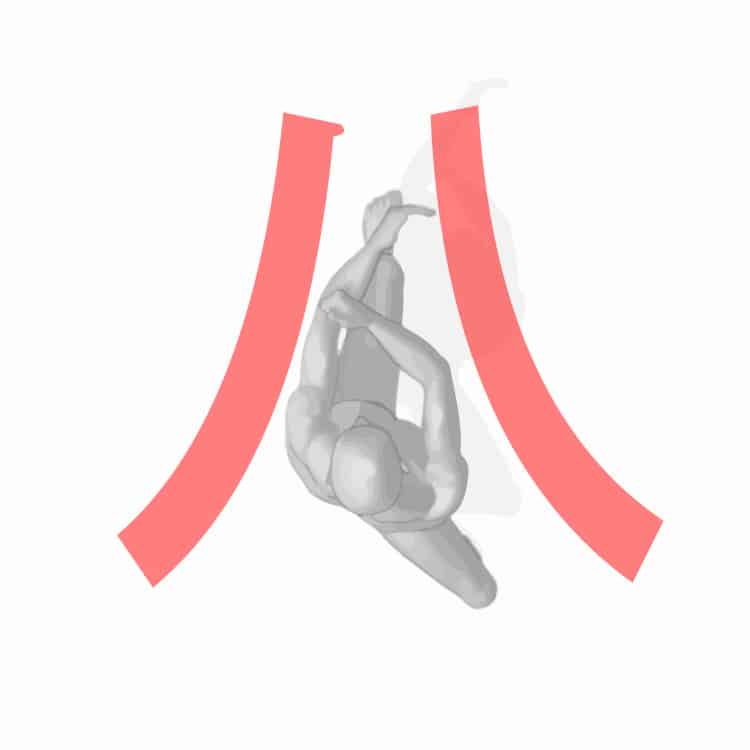 If we look at a Jodan Uke from the front, we see this shape again with the blocking arm. The strokes of 八 protect the space within the strokes, much like a jodan uke protects the head. 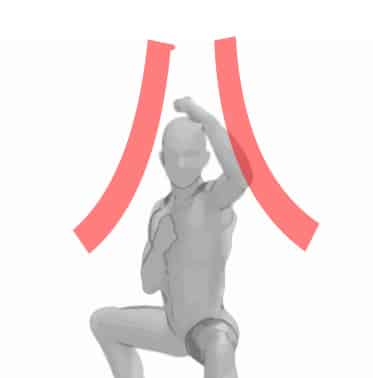 The wedge like shape of 八 appears in kamae. If we imagine looking at a kamae with a top down view, you can see the 八 shape appear. This would make sense, as it is an effective shape for deflecting linear attacks. 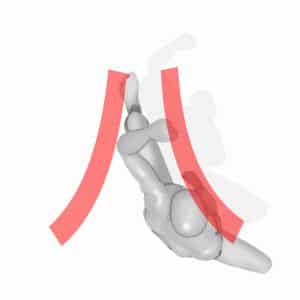 Often we describe falling back (and sometimes moving forward) 45 degrees offline as a method of receiving. This also is in the shape of 八: if we imagine the peak of the character is the starting point, then moving along the stroke path describes the movement (and a bit more accurately than moving strictly linear).

The double meaning of numbers in Kata

The inherently vague nature of Japanese, and our art itself, can lead us to miss these important bits. Since I’m a foreigner, I picture the numbers in my head as 1,2,3 instead of the Japanese character. But it’s worth considering looking at the original character and see if offers some deeper insight into learning the form.

So next time you’re studying a form that makes reference to a number, try looking at the character. You might gain a deeper insight for your training.